The Case for Playing Monta off the Bench

A lot has been made of the Mavericks signing Monta Ellis this offseason. I think he could be a great 6th man, if someone were willing to try it.

Share All sharing options for: The Case for Playing Monta off the Bench

I'm going to preface this article by saying that I know that Monta will not get played as a sixth man. I get that.

Hear me out though; it's not so much that I think he will be a sixth man, so much as I think he should be. I've been one of the vocal dissidents of the Monta acquisition, but I genuinely think he could be a really strong asset off of the bench. I think it'd play to his strengths more, and I think it would benefit the Mavs.

Let's think about expected value for a moment.

The idea, essentially, is that you can say how many points you're likely to get from any given shot by multiplying the odds of making the shot by the points gained by making it. So, for example, if Dirk shoots 41.4% from 3, every time he takes a 3 pointer, he's likely to add 1.242 points to the Mavericks' scoreboard. It's a way to think about the value-added of any given shot on the court.

Obviously, it'd be silly to watch Dirk take a 3-pointer and say, "man, chalk up 1.242 points to the board!" That said, it is a good way to compare the value of one shot to the value of another. For example, we know for sure that Monta's 3's are less valuable than Dirk's, since each of Monta's are only worth roughly 0.84 points.

Now if we were to wonder, "hey, how much scoring value is Monta likely to give us, relative to, say, JET?" we might look at Monta and JET's eFG%* and then multiply that by the amount of shots they take.

*I chose eFG% because it's an aggregate of both 2 pointers and 3 pointers, so there's no need to do different calculations for 2's and 3's.

It's tempting to see that and think that there's just some kind of extra value in taking more shots.

That would be silly.

More: The "Jet" Role Rachel Reida is the Reason You Know the Score Dirk Ready to Follow the Tim Duncan Path

Yes, a player adds to their expected value by shooting more. But in doing so, they limit the looks for other players who could potentially have more value, given more shots. Monta's shooting hurts so badly because in so many instances where he took crazy YOLO 3's, Sanders was busy rolling to the rim, or Reddick was making a baseline cut, or Dunleavy....and on and on and on.

And, yes, Monta is a relatively good passer for a SG. He also has had a usage rate approaching 28 or 29 for the last 4 seasons. To put that in perspective, that's comfortably higher than Kaman's usage. So it's not like he's making distribution a priority here.

I'm also aware that I'm not the first person to suggest that Monta might be good off of the bench. People keep bringing up examples of low percentage gunners doing really well in bench roles throughout the league: J.R. Smith, Jamal Crawford, Jarrett Jack, and the Mavs' own Vince Carter were all frontrunners for the sixth man of the year last year. Every single one of those guys are gunners. That's pretty telling.

Why is the "off the bench gunner" such a well-established niche in the league, and is Monta really suited for it?

To answer, let's go back to the expected value thing.

Devin Harris' eFG% is also 48%, so a shot from him wouldn't be any better than a shot from Monta -- and an open 2 pointer from Ellis would certainly be better than a normal Harris shot. Do we want Marion getting that chance instead of Monta? What about Crowder? Sarge?

The thing about having gunners on the bench is that the scoring value is going to be much higher from a gunner than from any of the normal bench role players, but the opportunity cost is going to be negligible. Most of the bench players won't end up getting any looks that are higher value than the look the gunner ends up taking. Having a sixth man gunner take a shot is basically like having a good player take a bad shot at the cost of a bad player maybe taking a meh shot.

In that sense, you're maximizing the output and contribution from talented albeit inefficient and flawed scorers by having them come off of the bench. Monta is nothing if not a talented but flawed scorer.

So who starts instead?

Devin Harris, on his minimum contract.

I'm on record as being a huge Devin Harris-to-the-Mavericks fan. Probably excessively so. You may even view this whole article as a longwinded defense of why Devin Harris still needs to start, despite the Ellis signing. You wouldn't be entirely wrong.

Why I was super, duper giddy about Devin Harris 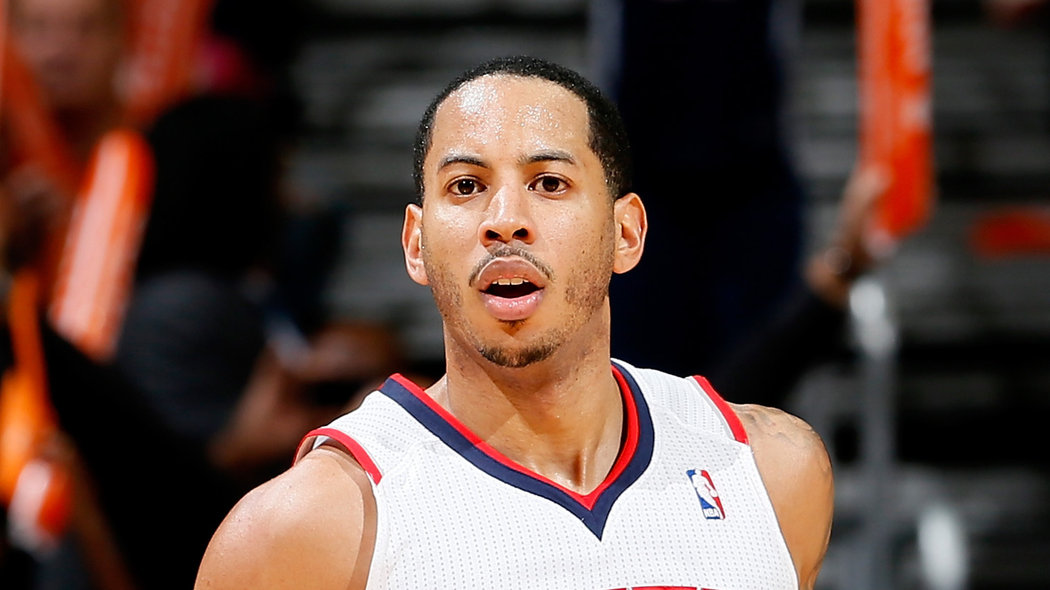 I was pretty excited about Devin

I've already talked about why Harris would be a huge asset to the Mavericks' starting lineup pretty extensively, though, so I won't dwell on it here too much, other than to make a few points.

By the same logic that makes having a gunner in the starting lineup a bad idea, you want to start all of the players who are most likely to maximize the profuse talent on the floor. Devin Harris is that.

To maximize said talent, the Mavericks need a guy who can shoot corner/spot up threes to space the floor, who can pass to Dirk, and who can play defense. Devin covers those points. Refer to the article above for a more comprehensive defense of that point. Monta, however, is a really bad three point shooter and defender.

Monta is very good at what he does: score, score, score. The problem is, has been, and will be that he scores at the expense of everyone else's opportunities. Monta's scoring does, in fact, have a pretty good value. But to maximize that value, the Mavs have to play Monta when his looks aren't depriving the Mavericks of better opportunities, and to do that, the Mavericks have to bring Ellis off of the bench as a sixth man.

That's not to say that the Ellis wouldn't get plenty of time with the big stars and everyone else. But if the organization is going to get everything they can out of Monta, the point is, he's got to "Have it All" alongside Brandan Wright, Jae Crowder, and Shane Larkin.

Will he play off the bench? I highly doubt it. Should he? I think so.