Shooting guard have it all, but so does Dallas when it comes to the depth at shooting guard.

The depth and strength of the Shooting Guard position has really diminished around the league, it's gotten rough out there. We're now a long way away from the late 90's and early 00's, when Jordan, Wade, Kobe, Reggie Miller, and Manu Ginobili were all playing and in their prime.

No position has been hit harder by the NBA's transition to small ball than Shooting Guard. As the NBA gets smaller, so has the two-guard position, and it's becoming more and more the domain of players who would normally be PGs. Now, the SG position is mostly those old superstars, gunners who are being relegated to the bench more often, players who would traditionally be shoot-first point guards, and James Harden. Most potential great SG's have now become either Points or Small Forwards. 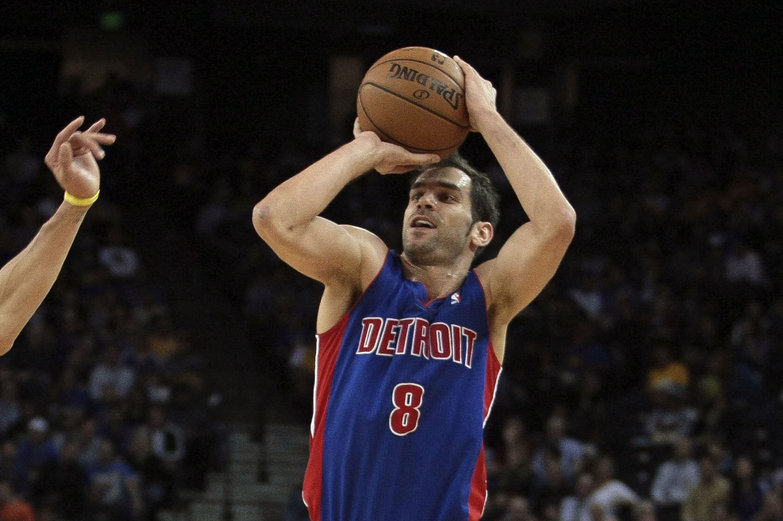 The Mavericks' big addition at the two-guard, obviously, was Monta "Have It All" Ellis, who's now the big question for this new team. The success of Dallas' offseason, essentially, hinges on whether or not Monta can play effectively in Dallas' system, which is what Mark Cuban and others seem to be banking on.

The idea is that Monta was only inefficient and problematic because he had to be -- because there wasn't enough other talent around him.

Ideally, Monta would be JJ Barea++. Monta's much more talented than Barea, but he's small, explosive, great at the rim, and an ideal Pick and Roll partner with Dirk. If Ellis is willing to work in a flowing, deceptive system based on pick and rolls instead of isolations, Monta and Dirk could absolutely kill together, offensively.

On the other hand, Monta is an absolutely horrible defender, and if he doesn't work well in a system and/or plays selfish hero ball, he'll hamstring the offense and generally make everything bad for everyone.

If he can help facilitate the offense, then he's probably an asset, despite the terrible defense. If he can't? He is only a burden.

On the bright side, though, the Mavericks are incredibly deep at two-guard. Past Monta, Devin Harris is probably going to see a decent amount of time at the two guard, and is likely to be a pretty good high-ball-movement addition at that position. As well, he's a nice defensive counterpoint to Jose Calderon or Shane Larkin.

Wayne Ellingon is the epitome of a 3-and-D player and he's on a relatively cheap contract. 3-and-D guys are some of the most valuable players in the league in limited minute stretches.

Oh, yeah, and the Mavericks also have possible-future-Hall-of-Famer Vince Carter, who had his most efficient season ever last season. So that's probably good.

So, on the one hand, the Mavericks choosing to start Monta could actually hurt the team, if he doesn't play efficiently. On the other, the SG bench could -- potentially -- be the deepest in the West. Here's hoping that the bench compensates somewhat for Ellis' deficiencies.

1. Houston Rockets: James Harden is the best Shooting Guard in the league right now. Kobe might be able to give him a run for his money, even at 35, if he were healthy, but instead he's coming off of a torn Achilles, and Harden reigns supreme. Not much on the bench -- although Francisco Garcia was great in the playoffs -- but Harden is all that the Rockets need.

2. LA Clippers: The Clippers have almost as much depth as the Mavericks, if not more, plus great starters and a great general roster. J.J. Reddick is no pushover to start at SG for them, plus Jamal Crawford and Jared Dudley off of the bench? Now that's an impressive lineup.

4. LA Lakers: The Lakers are going to be a disaster this year, but they still have Kobe, torn Achilles or no. The man is, has been, and will be, a fearsome freak of basketball. Nick Young will be....fun to watch behind Bryant, too.

5. San Antonio Spurs: This might be a little high to rank a core of Danny Green, sometimes Kawhi Leonard, and the ghost of Manu Ginobli, but they're just so damn good. There's no smarter set of players around, the two young guys are still growing, and Ginobli is a future Hall of Famer.

6. Dallas Mavericks: Monta is still a huge question mark, from here on out on the list you can't beat Dallas' depth at the two-guard spot.

7. New Orleans Pelicans: Eric Gordon is probably one of the most underrated Shooting Guards in the league right now: despite the injuries, he still played for over half of last year, and was pretty dang good when he was in full gear. At 24, health is a major concern, and his defense is atrocious (-10 points per 100 possessions) but he could be phenomenal. Add Tyreke Evans off the bench, and the Pelicans have some serious talent and upside.

8. Minnesota Timberwolves: Kevin Martin is probably pretty underrated, especially since he's going to back to Rick Adelman's system. The last time Martin played under Adelman, he scored 20+ per game comfortably, and he drops 3's like they're layups. He's still usually a big net positive for a team despite his bad defense, too, per Zach Harper. Shabazz Muhammad and Corey Brewer will do things.

9. Memphis Grizzlies: The Grizzlies have developed a weird sort-of depth for themselves in defensive savant Tony Allen, floor spacer and "he can't seriously be useful, right?" Jerryd Bayless, and new rookie Jamaal Franklin, with Mike Miller likely to fill in time at the two. It's not gonna be pretty, but it'll probably do.

10. Oklahoma City Thunder: If the Thunder have a weakness, it's the two guard. Thabo Sefalosha is better than he gets credit for, and Lamb will be pretty good, but they don't have me quaking in my boots.

11. Denver Nuggets: The Nuggets are getting a bump, here, under the assumption that Wilson Chandler will get some time at the 2 when Gallo gets back. Otherwise, their starter is Fournier, and that's just sad.

12. Sacramento Kings: Marcus Thornton is a really talented young player, but also he's a selfish shooter without even the Monta-esque talent to get some star credibility, and a real horrible defender on a horrible defensive team. To back him up? John Salmons and Ben McLemore. Maybe I'm underrating McLemore, but I'm not particularly frightened of that core.

13. Utah Jazz: The Jazz have no real SG's other than Alec Burks, who could be ready to have a breakout season. They do, however, have Gordon Hayward to take the two-guard spot occasionally, and he's pretty good, at least.

14. Portland Trail Blazers: CJ McCollum could be great, and probably will be good alongside Lillard, but he could also be terrible. It's impossible to know with the rookies. Otherwise, the Blazers just don't have much going for them.