The Positional Strength series continues, looking this time at power forwards. And it's...well, not so lonely at the top.

Share All sharing options for: Positional Strength: Breaking Down the Dallas Power Forwards

My goodness, there are SO many fantastic names at power forward in the West. This was not an easy ranking. There are a pretty clear top five or six teams, maybe even top nine or ten, though in what exact order is highly debatable. I probably changed the order of the teams at the top a hundred times. Because you have Tim Duncan, who's aging but still took the Spurs to the edge of a Finals victory this past season. You have LaMarcus Aldridge and Zach Randolph who are impressive, tough, consistent. You have Kevin Love, who is widely regarded as among the best young players (or, best players, period) in the NBA anywhere when he's healthy.

But the Mavs, of course, have one Dirk Nowitzki.

Before the bigger moves of the offseason, the only certainty at power forward was Dirk.* For the first Dirk-less part of the past season, Dallas filled in at starting four with a serviceable combination of Shawn Marion, Elton Brand and Brandan Wright. But with Brand gone, Wright not yet certain to be re-signed and ‘Trix the subject of every trade rumor imaginable, it was hard to see a clear - or even committee - backup option. 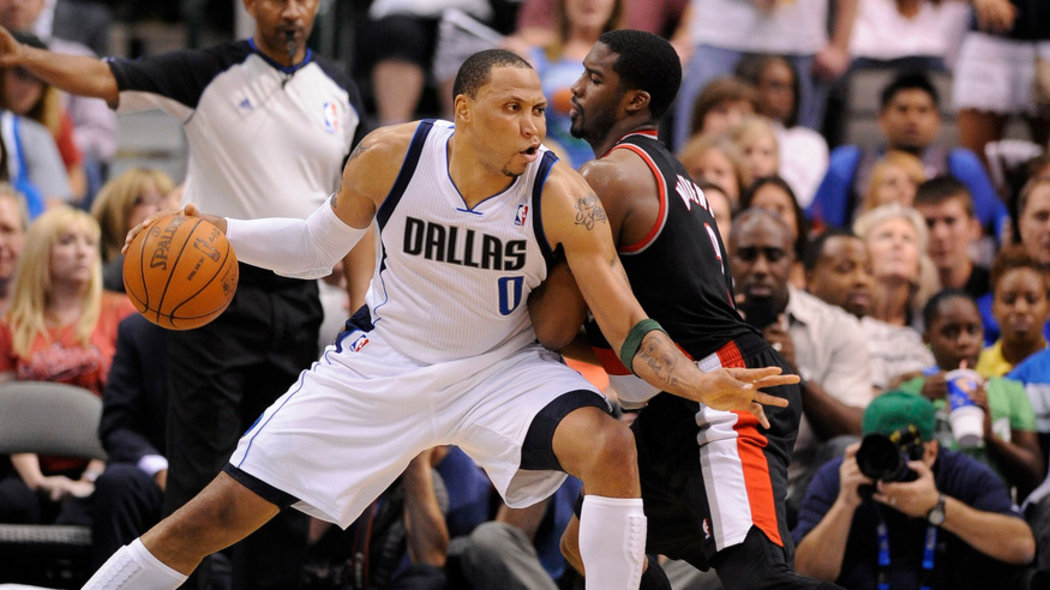 Check out the third part of the positional strength series here!

Now, with the signing of DeJuan Blair, re-signing of Wright and Marion trade rumors quieted down for now, Dallas certainly has options again. Dirk has had some injury concerns the past couple years, but what doesn't seem to be incredibly common knowledge outside of Mavs-land is this is the first season he will have a full training camp in a while. Yes, he's a little older, maybe he's lost half a step, but he's still Dirk and the Mavs will be relying on their superstar as much as ever.

DeJuan Blair should figure prominently in the PF backup rotation here, if not serving as the main backup, as there doesn't seem to be an incredibly clear-cut explanation for his loss of playing time in San Antonio. Our own Josh Bowe detailed exactly how Blair fits into the frontcourt rotation earlier this offseason. He really seems to be (fingers crossed) a quite underrated signing. In the past, Marion has taken a lot of minutes at PF as Dirk's primary backup, and that figures to continue unless/until Blair makes a strong argument. And I don't know a Mavs fan who wasn't excited to see Brandan Wright re-sign after the promise he has shown the past two seasons. (What!? The Mavs have a promising young player on a good contract? Well, I never.) Wright figures to be in the mix here just as he has been in the past.

1.     Minnesota Timberwolves: Kevin Love, like Dirk, was plagued by injury this past season, but if he can stay healthy, he's the consensus best power forward in the West. The Wolves have some depth issues here. Love's primary backup is third year (2011's second overall pick) Derrick Williams, who showed a little growth last year from his rookie season, but not so much that it scares anyone.

2.     San Antonio Spurs: Tim Duncan put up an amazing season last year during the Spurs' path to the Finals. At age 37, he seems to be as good as ever on both ends of the floor. With Boris Diaw and Matt Bonner filling the backup minutes, the Spurs unsurprisingly have some quality depth here, as well.

3.     Portland Trail Blazers: I watched a reasonable amount of Blazers games last season, and man, it's really hard not to like LaMarcus Aldridge. He's incredibly reliable and efficient on both ends of the court and was probably the most consistently good power forward in the league last year.  The Blazers did add 2012's fifth overall pick in Thomas Robinson this year, but after a disappointing first season, he'll be somewhat of a question mark as far as depth goes.

4.     Dallas Mavericks: I fought myself to not play favorites and put the good guys higher here, though as noted above, I think I could have made as good an argument as any. Here's hoping they prove me wrong.

5.     Memphis Grizzlies: Zach Randolph led the league in offensive rebounds, and playing with Marc Gasol gives the Grizz one of the toughest frontcourts in the NBA. Quality depth, again (Ed Davis being the primary backup) could be an issue here.

6.     Los Angeles Clippers: I'll admit I was a little surprised to find myself putting them so high, as I've always largely assumed Blake Griffin was overhyped, but looking at the stats he's relatively solid all around, with a 22.4 PER good for 12th in the league last year. The Clippers picked up Byron Mullens to back up Griffin, which should provide some depth, but how much quality depth remains to be seen.

7.     Oklahoma City Thunder: Serge Ibaka's primary impact is on defense rather than offense (he led the league in blocks last year), so he doesn't have the flash of some of the other top PFs in the West. But as a top power forward on a great team with a relatively solid primary backup in Nick Collison, OKC is probably well placed right about here.

8.     Golden State Warriors: Though David Lee was out for most of the playoffs, his steady presence in the regular season was a big part of them getting there in the first place.  He was third in the league in defensive rebounds, ninth in the league in field goals and had the second most assists among power forwards. Look for that consistency to continue.

9.     New Orleans Pelicans: Adding to one of the league's youngest teams and still young himself, second year Anthony Davis is an exciting talent who was hampered by injury last year. The Pels also still have Ryan Anderson, which, surprising stat to me: he was second only to Stephen Curry in three pointers made last year.

10.     Denver Nuggets: Kenneth Faried and J.J. Hickson should provide the Nuggets very nice rebounding on both ends, whoever is on the court. (Ugh, I can't believe I just used "nice" and "J.J. Hickson" in the same sentence.)

12.     Sacramento Kings: Between Jason Thompson, Carl Landry and Patrick Patterson, the Kings don't have a defined starter, but do have some nice options. Whoever plays best alongside DeMarcus Cousins probably gets the "starter" nod.

13.     Houston Rockets: The Rox may have landed the league's best center in Dwight Howard, but they have a pretty big question mark at power forward. From what I can tell, it'll be second year players Terrence Jones and Donatas Motiejunas splitting time here, with Omer Asik also getting some minutes when he's not backing up Howard.

14.     Los Angeles Lakers: Pau Gasol may see more time at the 5 this season with Dwight gone, and will probably see a minutes restriction coming back from injury. That leaves rookies Ryan Kelly (who may miss the start of the season due to injury) and Elias Harris as the other options at 4 for the Lakers. Which...eeesh.

15.     Phoenix Suns: This is the Suns' depth chart at power forward: Channing Frye and third year players Markieff Morris and Marcus Morris (twins!). Channing Frye appears to be returning from injury this season, which is great for the Suns, but they're also in a not-so-secret race for the first pick in next year's draft.

Again, a lot of fantastic names on this list and a lot of room for debate in how they're ranked. It's a crowded and quality field of players who should be exciting to watch this season.

* Which, you know, is not bad, and better than center was for a while, which was...actually no one.