As free agency approaches, a look at what the Maverick's financial situation will be this offseason

Dirk functionally makes or breaks how much cap room that Dallas ends up having this offseason. Basically, as of this moment, the Mavericks are roughly $8 million over the cap, and the cap is increasing by an approximate $7.5 million next season.

So, as soon as free agency begins, the Mavericks free up $22,221,381 in cap room. That, in and of itself, is a ton of money, enough to sign at least two impact players to the team.

But, of course, the Mavericks do need to re-sign Dirk, which will cut into a lot of that space. How, exactly, they choose to do that will have a huge impact on how much money they actually have to spend this offseason.

The Mavs have two options. Dallas can sign Dirk to his new contract before Free Agency starts in earnest in order to maximize the amount of savings they'll have on Dirk's contract for the entirety of the signing period. What I mean is: if Dirk re-signs for $10 million, the Mavericks can give him his new contract as soon as possible so that as soon as free agency begins, the Mavericks have made a guaranteed $12,221,381 in cap room from Dirk's discount that he has previously guaranteed that he'll give Dallas for somewhere between $8-$12 million.

Vote on your favorite Dirk game winning shot of all time!

Here's the problem: to do that, the Mavericks have to renounce the entire team's Bird Rights - the rights that allow Dallas to sign returning players when they're above the salary cap - or else Dirk's salary from last season still counts against their cap as a "cap hold."

So, the Mavs can sign Dirk after they've done the majority of free agency, but they can't actually re-sign him over the cap, in this case, or re-sign anyone else on the team like Vince, Marion, or Devin Harris who would also qualify for those rights.

In essence, they can re-sign Dirk early, guaranteeing that Dallas has somewhere between $10 million and $14 million in cap room from his discount alone, or they can re-sign him after, guaranteeing more flexibility early on in the free agency process, but massively hamstringing the team when it comes to re-signing players, causing them to lose up to what could essentially be $7 million over-the-cap room with which to sign returning players, not to mention running the risk of someone, somehow, luring Dirk away.

If I'm Dallas, I re-sign Dirk early. The Mavs can still have, easily, maximum amount of cap space with other free agent dealings without forcing themselves to basically lose cap space by renouncing the team's bird rights. No need to rush things or get greedy, especially with this free agency class where no individual player will be signing for too much more than $10 million anyway.

For what it's worth, provided that the Mavericks re-sign Dirk early and then do everything else that they possibly can to save money, they can still have $33,384,246 in cap room.

The Matrix is by far the next biggest cap hold behind Dirk, and so he presents some similar opportunities and issues to the Big German regarding the salary cap this offseason. Because Dirk's cap hold is so large, presumably he'll be dealt with first (either by re-signing early or renouncing of rights early), and then how Dallas chooses to deal with Marion will be affected by those decisions.

If Dallas chooses to re-sign Dirk early, then Dallas basically has the opportunity to make the same decision with Marion that they had with Dirk: they can re-sign Marion early to maximize their known cap space, or they can renounce everyone's bird rights and let Marion walk, freeing the $9 million cap hit.

In some ways Marion is even trickier than Dirk, because Dallas may not even want to retain him. Renouncing his rights, then, carries a much higher reward than it would with Dirk, who's going to command a $10 million cap hit upon re-signing one way or another. Marion, on the other hand, takes up cap space until he's gone, and so renouncing his rights carries the benefit of freeing up a lot of space.

On the other hand, like with Dirk, the renouncement of rights could also permanently kill something around $7 million in space over the cap that Dallas could reach using Bird Rights, space that they probably don't want to sacrifice.

In the end, the right call to make with Marion is probably the same as with Dirk: the one that involves patience. Dallas would be smart to hold onto Marion's rights. Marion isn't washed up yet, he'll draw interest from someone.

Dallas can afford to wait for his hold to clear when he gets signed by somebody else, they'll have roughly $17 million in cap space without even trying before his cap hold clears when he signs with another team, and there's a lot that Dallas can do with that. There's no rush to get rid of Marion's contract.

As such, Dallas can probably keep his cap hold until he gets signed by someone else, and if he doesn't draw any interest from anyone else, they can use his rights to sign him to a small contract that frees up some more space for others. There's a lot they can do, here.

Based on the way everyone's been talking, though, I'm assuming that Dallas will not have Shawn back next season, saving them roughly $9 million in cap space.

Half Man, Half Amazing is a fun case, here, because Dallas has the same flexibility with him that they have with Dirk Nowitzki and Shawn Marion, but his contract is small enough that they don't really get hamstringed by making the wrong decision.

Dirk and Marion's holds are big enough that those are decisions that Dallas has to make early on, either by signing early or by deliberate non-action, but after they deal with those two the Mavericks are free to do more or less whatever they want.

Dallas can do a lot of things with Vince. They can re-sign him to a "holy crap, you're really old" discount - maybe even the veteran minimum contract, they can let him walk with another team, or they can, again, renounce his rights early and claim his cap space immediately.

This is actually where renouncing of rights gets most tricky: the Mavericks may want to use Bird Rights to re-sign Vince over the cap, presuming that they want to hold on to him, but, if he's willing to sign to the minimum, then they can sign him over the cap anyway.

Statsketball: The Wings of Free Agency 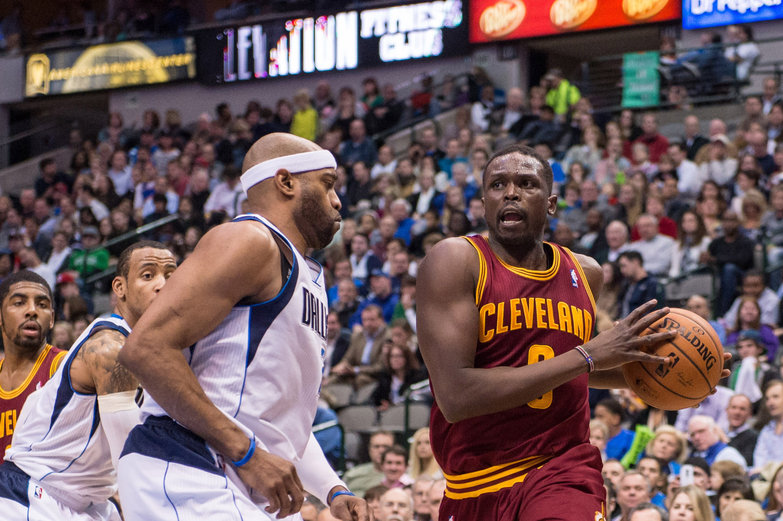 The real trick, here, is going to be whether or not the Mavericks wanna re-up with Devin Harris. If they want to keep Devin, then they're definitely going to want to hold onto their bird rights, but if they're willing to let him walk, then renouncing rights may not be a bad decision, here.

If they don't want Vince, though, again, someone will want him at the minimum. It will behoove Dallas to just be patient and let someone else sign him instead of renouncing rights. His cap hold is really not bad at all.

I expect that they'll pick him up, though, and they can save as much as $2 million in space by acting early.

These guys are fascinating, because they have such weird stakes: you can actually waive them with no consequence and no cap hold. They can be gone for nothing. Or, both have probably earned some kind of raise, which is the entire reason for choosing to retain everyone else's Bird Rights. Weirdly enough, these two guys are more or less the key to what the Mavs choose to do in free agency this offseason.

Essentially, if Dallas plays their cards right, no matter how they choose to deal with Blair or Harris they can do it without meaningfully hurting the cap. But they have to be smart.

DeJuan and Devin don't really affect the cap, but they change how Dallas will do things

Blair will probably end up being left go: he was fine in Dallas, enough that he might have even earned a small raise, but with Brandan Wright and Sammy D already on the team, and presumably with an even better actual-starting-caliber-Center on the way, there just isn't room for Dejuan on the team. Devin, however, I will assume is staying on a small raise.

However, both players are the perfect candidates to have their rights activated: they can be signed for small raises over the cap, and their contracts are small enough that it really doesn't harm the team at all to hold onto their cap holds until the space below the cap is filled up. Then these two can be signed for a combined $5 million or whatever in such a way that it doesn't actually take up Dallas' meaningful cap space.

If Dallas decides that they don't want either player, though, they can get rid of both without consequence. At that point it really won't hurt the Mavs at all if they choose to renounce all the veteran's rights to save money and time, since their holds are too big to wait on until Dallas hits the cap.

Basically, these two guys don't hurt the Mavs' cap space no matter what they do, but if Dallas wants to retain even one of these players, then it'll be important that Dallas keeps its Bird Rights. If Dallas doesn't want to retain either, though, then their game plan can completely change.

Sarge is a restricted free agent next season, meaning that if the Mavs are interested in holding on to him, they can send a qualifying offer sheet that he'll sign, that any other team can try and match if they want to sign him away from Dallas.

I can't imagine that the Mavericks will send him that qualifying offer, however, which would make Sarge an unrestricted free agent, who the Mavericks can waive and move on from.

I could be wrong, and it's not like Sarge has been bad, I just don't see what the Mavericks are likely to get from him at this point, and by letting him go the Mavs can save $1 million.

In this case, I'm going to assume that the Mavericks will activate his option and keep him on for next season. He's really cheap, the organization has consistently loved him, he's statistically valuable, and at the moment the Mavs are so shallow on the wing that he provides a lot of value for cost. He'll probably be brought on then, at some point, causing a $1 million cap hit.

If the Mavericks were to do everything possible to maximize cap room (this would mean letting Dirk walk, cutting Jae and Sarge, letting every other free agent walk, cutting Sammy D and stretching his hold, and exercising both the Mid-Level and Bi-Annual Exceptions) the Mavericks would have $39,587,723 in cap room.

Assuming that the Mavericks re-sign Vince for around $1 million at around the same time as they re-sign Dirk, that they activate Jae's option, they use only the MLE and not the Bi-Annual, they hold onto Sammy D, they re-sign Devin for a raise, and they let DeJuan, Sarge, and Marion all go: the Mavericks can realistically have $21,185,072 in cap room.

*I'm defining "cap room" as the amount of money the Mavericks can spend in the offseason, which is including the mid-level exception.