The adjective needed to describe Luol Deng doesn't exist, so we're going to make it up -- he's just so damn Mavericks-y.

Luol Deng is a hard guy to figure out.

He's been a consistent scorer all of his career despite not having any elite skills on the offensive end. He's a good defender, but he didn't make his last team better on defense. He's relatively young by his age and relatively old by his minutes played.

Let's start there: he's 29 years old, but has played more than 10,000 minutes in the past four seasons. He led the NBA in minutes played per game (39.4) in the 2011-12 season, and defended his title the next year with 38.7 a game. He had issues with his Achilles. He was hospitalized after he had complications with a spinal tap. Both back and ankle problems caused him to miss games last season.

He's clearly been pushed hard, and the heavy minutes haven't helped his injury-prone nature. Still, 29 would practically make him a teenager on a Mavericks roster that featured a 37-year-old and two 35-year-olds last season. Three players in his own draft class (Andre Iguodala, Dwight Howard and Josh Smith) have all logged more minutes than him. He's not at death's door, and the Dallas training staff has a sterling reputation, so I'm not sure how much I buy the comparisons to Gerald Wallace or claims that Deng's just a season away from dramatically breaking down.

Deng has scored at least 14 points a game in every season but his rookie year, with varying levels of efficiency. He's a career 45.7 percent shooter from the field, but he's fallen to 43 percent or lower in the past three seasons. It's not a coincidence that his 3-point attempts have risen at the same time, a shot that he doesn't hit consistently.

As a rookie, Deng hit just 31 of his 117 long range attempts (26.5 percent) and wisely chose to remove the shot from his game, shooting fewer than 100 attempts each of the next five seasons. He brought it back in 2010 with his most prolific 3-point shooting year to date, taking 333 attempts (4.1 a game) and making 34.5 percent of them.

All good things must come to an end, because in the last two seasons, he's 132-of-422 with the 3-point shot -- a very poor 31.3 percent. Shawn Marion hit threes at a better rate than Deng, which is obviously a little worrisome.

At the risk of sounding like a Luol Deng apologist (do those exist?), I don't know how important we can judge his last two seasons. In 2012-13, he was the leading scorer on the Bulls because Derrick Rose missed the whole year. He was traded from Chicago to Cleveland in the middle of last year. Add on the injury issues, and Deng had a lot of distractions all around him.

In fact, the only time he really got a chance to get into a groove was the in Chicago, prior to his trade. Derrick Rose played 10 games, and even when he did go out with another season-ending injury, Deng had a more established cast around him so he didn't feel the weight of being the number one option as harshly as he had the season before. 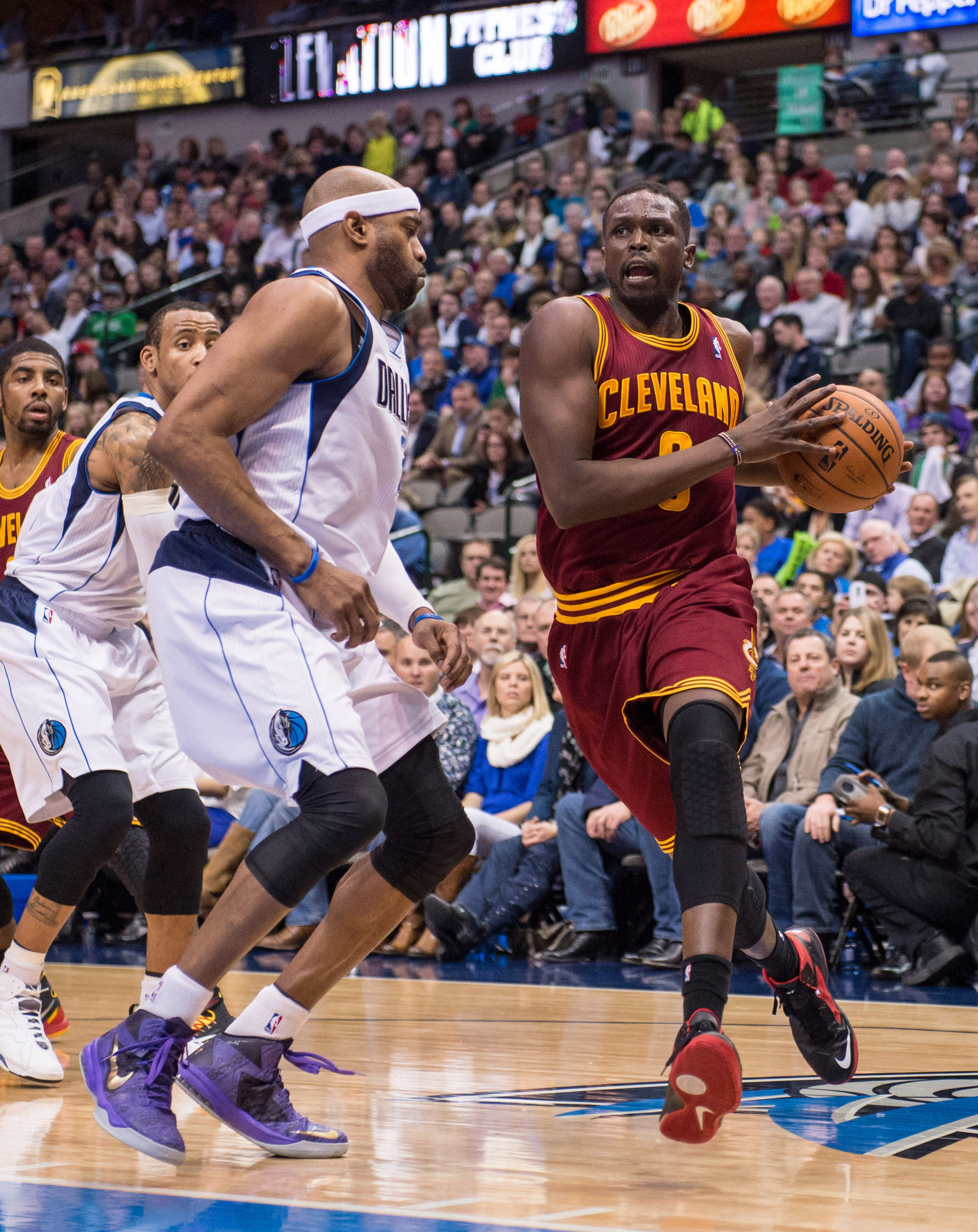 Hal Brown breaks down several free agent wings, including Luol Deng. He also gives some more in-depth information about his defensive abilities and how they compare to Shawn Marion.

He played 23 games in the half-season with the Bulls, and he scored 19 points on 45 percent shooting from the field while getting to the free throw line 5.4 times a game. He even was adding 3.7 assists per game (although it was coupled with 2.6 turnovers a game) on a team sorely lacking playmaking ball handlers.

The trade happened and understandably, Deng didn't play nearly as well in the Cleveland crapshoot of last season. Nobody played well last year for the Cavaliers last season, not really. I'll cherrypick one interesting stat: he did manage 38 percent shooting on spot up 3-pointers while with the Cavs.

Perhaps most importantly, Deng is a very solid defender. He's not a prime Shawn Marion and won't be able to switch onto opposing point guards in most match-ups, but he does a very good job on opposing wings. He's fantastic at defending the pick-and-roll and does a surprisingly good job of shutting down power forwards, even in the post (this obviously hinges on match-ups, but it's worth mentioning).

Marc Stein has already reported the idea that the Mavericks like Deng. It makes almost too much sense on their already veteran-ladened roster.

God bless Shawn Marion, but the chances he returns to Dallas seem small. Deng can do everything Marion can, at least the 2013-14 version of Marion we saw (except maybe rebounding). Deng's shooting percentages should rise in the Mavericks offensive system when he's used as a third option, handling less responsibilities than the previous stops allowed him to.

Now I'm going to make a comparison between Deng and a former Maverick, and I'm going to need you to promise that you won't throw food at me or your computer screen. Don't do the former because I'm wearing a nice shirt that I like. Don't do the latter because food and computer screens don't mix. Actually, just don't throw food, period. Eat food, because it's delicious.

(Yes, that paragraph was mainly to distract you from...)

If Deng signs with the Mavericks, he'll likely settle into a role scoring 14 to 16 points a game. He has an average mid-range jumper that stands up to the volume test -- he won't drop Nowitzki levels of efficiency, but it's a consistent shot. In fact, he shoots about 42 percent in that 16 to 23 foot range, which is pretty decent.

Deng isn't explosive, but he's good at straight-line drives at the rim, and he can finish with either hand. He's one of those "savvy veterans" who knows when to cut down the lane for an open layup or crash the boards for an easy putback. He scores points just by being in the right place sometimes.

Good Josh Howard, back before he fell in love with his stepback jumper, honestly reminds me a lot of Deng. Even their 3-point shots are similar -- not deadly, but good enough to get the job done.

Let's recap: Deng has always been a consistent scorer. He's a decent shooter who hasn't got a lot of spot-up attempts in his career, something that could change in Dallas. He might be the best wing defender on the market that isn't a complete offensive liability (Sefolosha, Aminu). He can make simple passes.

Really, the only thing that would scare me away is the possibility he breaks down. I don't buy it, but it's understandable if you shy away from him because of that.

Otherwise, Deng would instantly become the best (and only?) two-way player on the roster if he signs with Dallas this summer.

When Deng was traded to the Cavs, the Bulls players took it pretty hard.

If you want more about that trade, here's another article from Blog A Bull breaking down the reactions to it from around the league.

And lastly, this Bleacher Report slideshow (ugh) has Deng to Dallas as the most likely option. I'm linking to the Dallas part, so you won't have to click through the whole thing.