Now that Tyson Chandler is manning center, the Mavs focus shifts to finding a backup. Coming off a career year, Spencer Hawes and his toilet paper could be a great fit in Dallas.

Spencer Hawes is exactly what you'd expect from a slow, non-athletic center who likes to shoot jumpers. He won't back you down like DeMarcus Cousins and outleap you like Andre Drummond, but he will shoot the ball. He averaged 13.2 points this season, splitting time with the Philadelphia 76ers and Cleveland Cavaliers and living on a jumper that isn't too shabby. On the season he shot 45.6% from the field -- not bad for a jump shooting big -- and 41.6% from 3 -- which is excellent, especially when you consider he shot just below four per game. As his shot chart shows, he and Dirk share a love for the trailing top of the key 3-pointer. 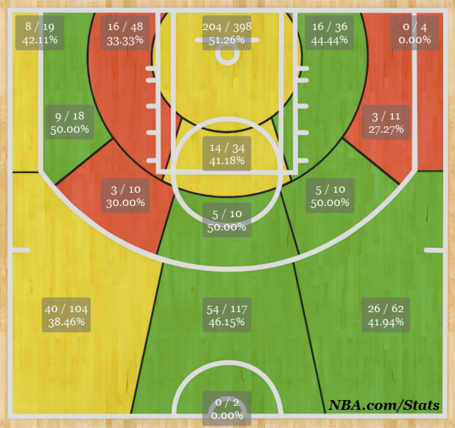 His lack of mobility and physicality limit his impact on the defensive end, but his 7-foot-1, 245-pound frame still helped him register 8.3 rebounds and 1.2 blocks a game this year.

His lack of speed leaves him vulnerable against quicker bigs and in the pick-and-roll. Also, despite his size, he can easily be outmuscled below the basket for easy scores and rebounds.

Before you guys yell at me, "What about Brandan Wright?!?!" Hawes is the type of player you want on the court next to Wright. Over the seasons, we've seen Rick Carlisle preferring to go with one traditional big next to a stretch four -- if not Dirk, often a smaller forward such as Marion. Hawes' ability to spread the court and hit shots will allow the Mavericks to roll out two big bodies, FINALLY!

An underrated part of Hawes' game is his improved passing. He averaged three assists this season, a jump from the two he's averaged over his career.

If Tyson Chandler wasn't in place, this would be a far tougher sell. We all remember the days of Dirk and Raef LaFrentz, right? But as a reserve big, Hawes could be a great fit for the Mavs. His shooting, passing, and size off of the bench would give them a needed dimension, and more importantly, would allow Wright to stay on the court.

And let's be honest, someone owning this toilet paper would probably fit great in Dallas. 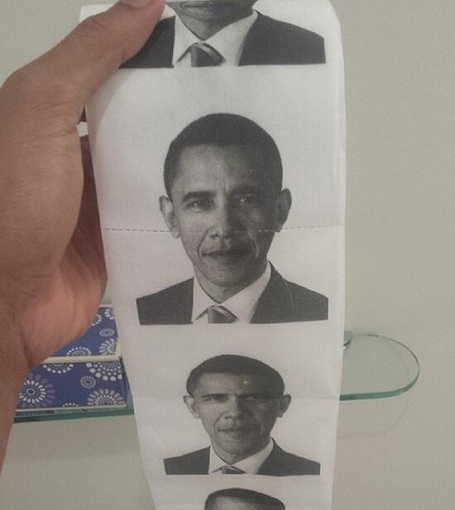 Remember that time that Spencer Hawes almost had a quadruple double? That's what Kevin Garnett was talking about when he said "anything is possible."