The 21-year-old missed out on a year of college, but a hectic schedule of basketball helped make up for it.

Ricky Ledo wasn't completely into our interview, and I couldn't blame him. In a high school gymnasium with 15- and 16-year-olds drilling next door, 20 minutes away from the University of Nevada-Las Vegas campus where NBA Summer League was taking place, he must have thought he was finally safe from the media.

It's not like this was his first interaction with the media. He had plenty of exposure when he was ranked no. 6 in the 2012 high school class by Yahoo, ahead of Anthony Bennett and Marcus Smart. He had an ample amount of interviews at Providence College, before learning he would be academically ineligible for his freshman season. Still, on a day off in Henderson, Nevada, I didn't have his full attention.

The 21-year-old sophomore wasn't rude.  Like many young players being stretched in a dozen different directions by the demand of the league, his answers were just short and mostly clichéd -- with one exception.

"It's been..." he started, before pausing to gather his breath and look for the right words.

On draft night last summer, his rights were traded twice before ending up with the Mavericks. He moved from Rhode Island to Dallas in the middle of the Texas summer. He flew to Las Vegas for last year's Summer League, his first time playing organized basketball in almost a year in a half since high school. Then, during the season, he moved between the Mavericks and their D-League affiliate six times, playing 11 games with the big team and 39 more with the Texas Legends.

"It's been..." he started, before pausing to gather his breath and look for the right words.

"It's been a tough year, but I got through it," he finishes.

But the back-and-forth year is exactly what Ledo needed. Although the NCAA allowed him to practice, Ledo's season lost to academic ineligibility (he attended four high schools in five years) caused him to lag behind when the Mavericks drafted the first-round talent with the no. 43 overall pick.

Playing in Las Vegas last summer helped him get back to basketball. He learned from stars he grew up watching, specifically mentioning Vince Carter and Dirk Nowitzki as helpful mentors in the locker room. He got his first taste of real NBA action, subbing into the first quarter of an early January game against the Pelicans.

His stint with the Texas Legends was perhaps the most demanding. Some days, Ledo would drive to practice at an off-site location with the Legends and then head 30 minutes down the highway for more training with Maverick assistant coaches. After a year without basketball, Ledo jammed as much as he possibly could into the season. And it worked.

"I think I'm, right now, back into my groove," Ledo told me. "I feel as comfortable as when I was back at Providence and in high school."

Ledo isn't the only one who sees it.

"Right now, he's ready to play in the NBA, where last year he wasn't," said Mike Procopio, an assistant coach on the Mavericks Summer League roster.

It's been a tough year, but Ledo has made up for his lost time. That was the first step. Now what? 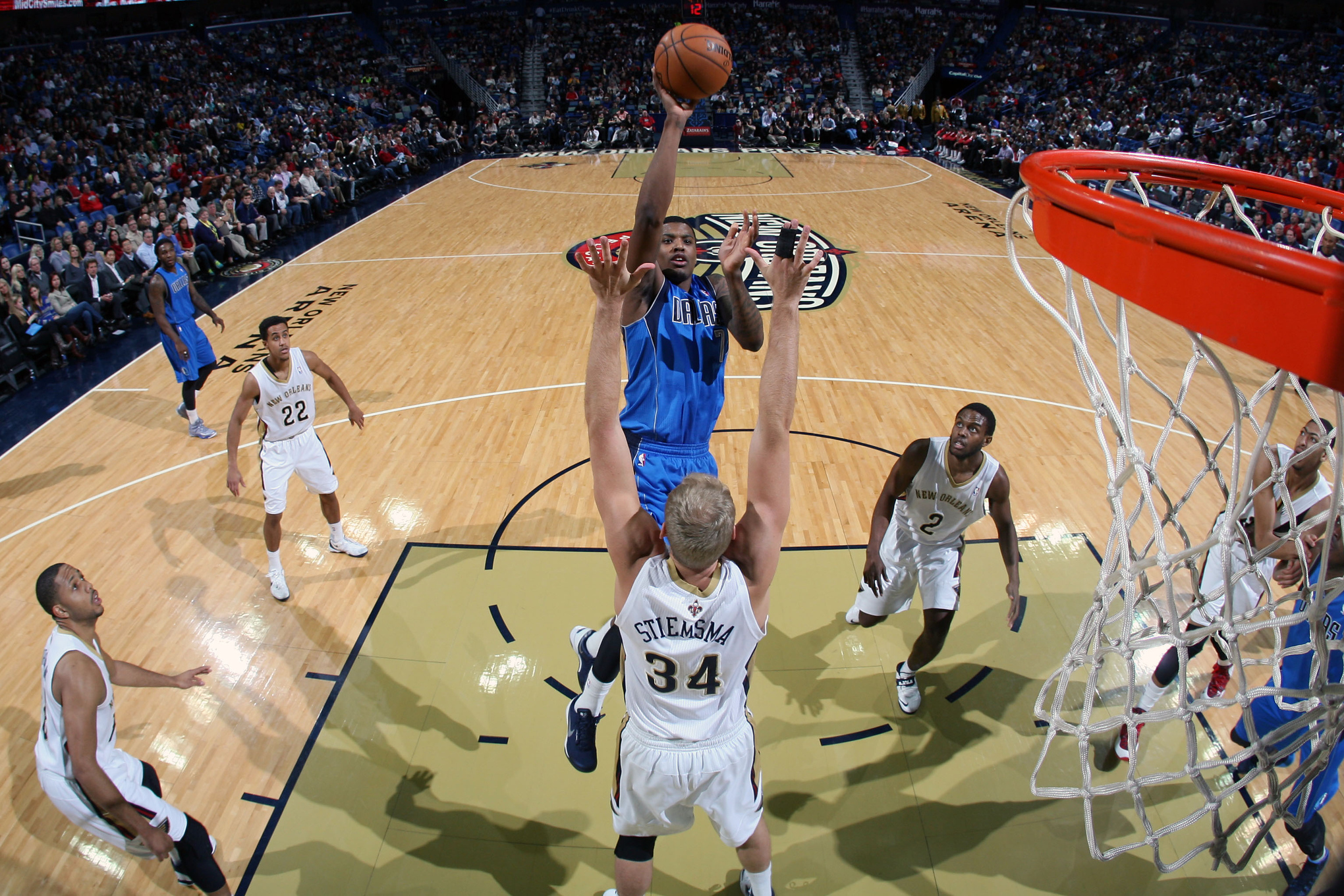 Showing off in summer league

It's the third match-up of Dallas' Summer League, an afternoon game against Toronto in the cozy Cox Pavilion. The Raptors aggressively trap point guard Dee Bost, who shuffles the ball to Bernard James near the corner. Ledo flashes to the elbow and receives the pass, wide open for a jumper he's prepared to take -- until spotting Eric Griffin slashing down the baseline.

Ledo hits him with a bounce pass in stride. Griffin hammers the dunk. The two players slap hands headed back down the court.

"We're trying to put him in spots to make decisions," Mavericks Summer League head coach Kaleb Canales said. "We're asking him to be consistent and aggressive."

Taking on the lead scoring role, Ledo averaged 15.4 points in the five Mavs Summer League games. However, it didn't come pretty, not with 14 shot attempts a game and 32.4 percent shooting.

But individual moments -- like finding a teammate even with a wide-open jumper staring him in the face -- are encouraging.

Ledo finished Summer League averaging more than four assists a game, including nine in the finale against Phoenix. His passes are mostly simple -- one-handed bounce passes in transition, two-handed tosses from the 3-point line to the post -- but his vision and patience is starting to show up frequently.

"His decisions with the ball and pick-and-roll, that’s the main area that we’ve been focused on [with him]," Canales said.

Summer League is kinder than the NBA. Sometimes, Ledo turned wild drives into last-second passes, such as his find of Eric Griffin (displayed left). If Griffin didn't time his cut perfectly, Ledo has only two outcomes: shoot the contested floater or make a desperate pass out to the perimeter. He turned the ball over 18 times in Summer League, and driving without a plan was often the cause, like this failed wraparound pass.

It's normal for games in Vegas to be sloppy, though. New teammates and hastily learned playbooks is the foundation that Summer League is built upon, so turnovers are suffered through by coaches and fans alike. Ledo making less than a third of his shots is a much greater issue.

In the five games, Ledo shot under 40 percent three times -- his lowest point coming in a 2-of-16 display in the second-to-last Summer League match-up against the Hornets. After an unlucky start to that game (two jump shots spun all the way around the rim before coming out), Ledo made an effort to attack the rim.

Coaches love that, and especially in this game, Ledo showed his ability to get to the rim. He's not an explosive athlete by the NBA's standard, but he dribbles well with both hands and has no problems driving to his weak side on the left. He has a bad tendency to overdribble at times, especially with crossovers that don't take him anywhere on the floor, but his dribble moves are advanced enough to beat defenders out on the perimeter. But as he nears the rim, problems with putting the ball through the hoop often arise.

In the layup displayed on the right, Ledo uses the pick-and-roll to split the defense, but once he gets into the lane, Noah Vonleh's rotation scares him into a wild left-handed finger roll with no touch on the glass (it's possible Vonleh gets a piece of the ball).

He has a floater in his arsenal, but he doesn't always use when he should. Or sometimes, he uses it and it doesn't work. Like, not at all. 6-foot-7 Ledo's wingspan is the same as his height, and without extraordinary leaping abilities, he'll need to develop a few tips and tricks if he wants to be a prolific scorer at the NBA level.

On the last Friday of Summer League, Dallas and Phoenix faced off in their Summer League finales. If Ledo was tired from his starring role on the team, he didn't show it in his best performance in Las Vegas. In addition to the nine assists (with only one turnover), Ledo lit up for 15 points on 6-of-13 shooting. Five of his makes were in the lane.

Even in that game, Ledo showed room for improvement, but there's no reason to think the 21 year old can't get better with more and more playing time. Ledo said he has to build up his body before he's ready for the NBA, and some added strength in the lane will help him capitalize when he gets past his man.

Ledo is signed through 2017. He has a good jump shot, a knack for getting to the rim and increased playmaking abilities. For a player who said he's just now feeling like he's made up for his missed year in college, he still has plenty of time.

Little things that Ledo has learned and developed throughout his basketball cram session this past year are starting to come together all at once in Vegas. He's calling out plays and directing his teammates when they're in the wrong spot. He has been trusted with the role of inbounding the ball on sideline plays. He'll even crack a smile on defense from time to time. 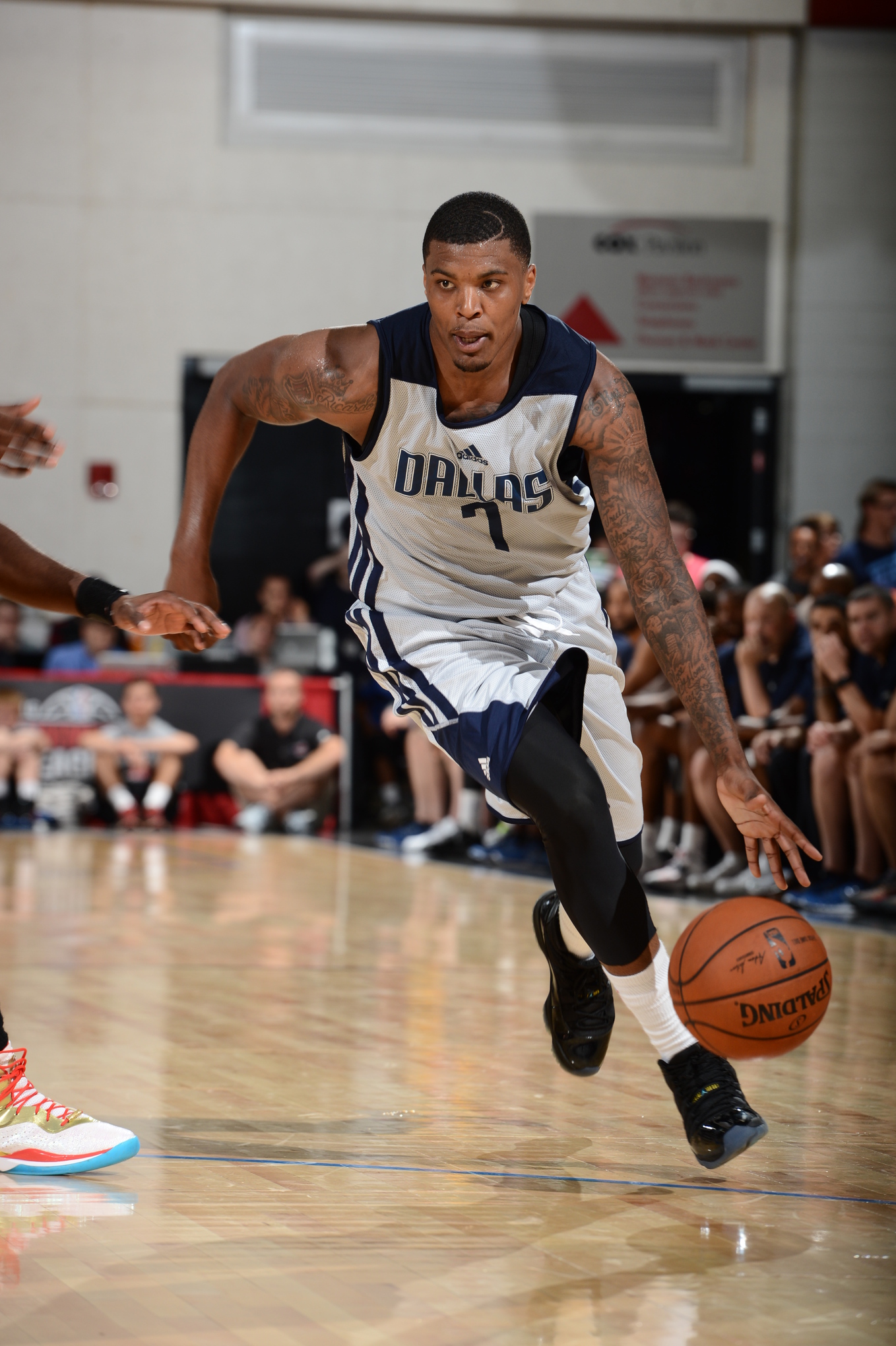 To his coaches, his 2-of-16 game against Charlotte was a mental test -- and though they didn't explicitly say it, it's one he might not have passed when he was first drafted.

"For the most part, he did a good job staying mentally and defensively [engaged]," Canales said. "With his progression and his development, he's like that now."

"He has to adjust to the ups and downs of this league. It's all peaks and valleys," Mike Procopio said. "It's really important for him to pick himself up on those bad games.

Ledo has more mental exams ahead of him. Although he said he expects to be done with the D-League next season and expressed a desire to be in the Mavericks rotation, it's an unlikely wish. Between his unpolished Summer League performance and a deep, veteran-loaded Mavericks roster looking to win now, head coach Rick Carlisle doesn't have many minutes to spare.

There's plenty left to learn in the D-League. As Mavs.com's Bobby Karalla noted, Ledo's best stretch with the Legends was his final five games -- he averaged 22 points and five assists on near 60 percent shooting. If he can accept another season of humble development, Ledo can build on that run and continue his education in basketball.

"The biggest thing for young players is earning time and being consistent with minutes," Procopio said. "It's hard as a young player, [when] you're used to playing all the time, not playing when they get up to the big club."

Standing with me in the corner of that high school gym in the Las Vegas suburbs, Ledo was a player shaped by everything he had endured and accomplished in the past year. Naturally, I asked him what he saw for his future.

"Just keep getting better," he answered. And no matter where he is, that's all that really matters, right? 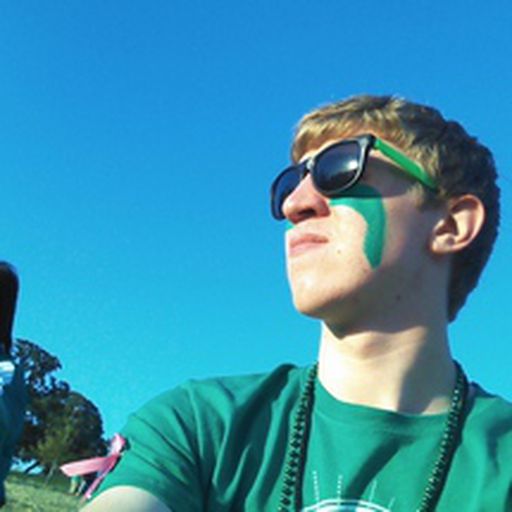 I'm a staff writer covering the NBA and occasionally other sports for SBNation.com. Before that, I was a writer and later manager for Mavs Moneyball. You can find me @tim_cato on Twitter.