Dozens of rumors have helped give us an idea of what Dallas is trying to do this offseason, but here's a look at what the team could look like when the offseason finally comes to a close.

The fear of writing anything about this time in free agency is that within hours -- or even minutes -- it could be sent into irrelevance by a 140-character tweet that changes everything. At this point of the offseason, though, we're pretty sure what that tweet might say about the Mavericks: that they've signed a point guard or a small forward.

Devin Harris is officially back and he will reportedly come off the bench again. But as we are well aware, Harris was often in the five-man unit who closed games and surely will play about as many minutes as whoever the Mavericks bring in to share the point guard duties.

We've been covering the rumors and likelihoods of seeing certain players in a Dallas jersey. Let's step away from that and examine which duos would fit best next to each other -- something that isn't talked about enough when people play armchair GM. Sometimes, the two most talented players just don't fit next to each other.

Here's some pairings of players still on the market that I find interesting.

I said early in the offseason that I was team Deng. For a team replacing Shawn Marion at small forward and desperately needing defense, it made too much sense.

The Tyson Chandler trade changed things, and now Deng doesn't make quite as much sense because of his mediocre shooting. But when you're looking for quality players, you can't always be picky. Pairing Deng with Tyson and Devin Harris would suddenly turn a bottom-10 defense into one that can hold its own.

To make up for the lack of shooting, the Mavericks turn to Mo Williams at point guard. His defense is suspect, but volume shooting from behind the arc is something this team now has a desperate need for, and the 31-year-old Williams should be able to provide that for a few years -- even if he can't get close to reaching Jose Calderon's sniper precision.

This is also the most likely combination of any duo here, since the Mavericks have been rumored to have interest in both players.

This duo is about as good as the Mavericks could get this offseason. I've shared a few doubts about Ariza, but he's a capable offensive and defensive player even if he's not extremely motivated by a contract year.

Hinrich is a fascinating player. Once a 16 points a game scorer, his offensive has suffered and he's probably hurting the team every time he takes a shot within the arc -- including a dreadful 49 percent shooting at the rim last season. But he's always had the reputation of being a good defender, and even at 33 the stats show that the Bulls played better on that end when he was on the court.

Like I said, his 41.6 percent shooting on 2-point shots is painful. Still, he does good things on offense. He hit 35 percent of his 3-pointers last season, something that might rise to his career average (38 percent) given better looks than the Bulls offense could provide. He picked up four assists per game with an assist-to-turnover ratio better than two. He wears pretty cool glasses that the Mavericks video team would surely turn into something hilarious.

The Mavericks have long been plagued by having too many one-way players. Ariza and Hinrich could put that narrative to rest. 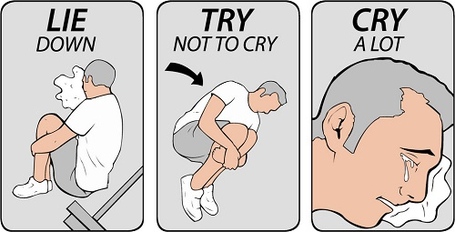 We'll bring back Hinrich for this one because somehow, excluding Bledsoe, he might be the best defensive point guard on the market (now that Livingston has signed with the Warriors).

Offer sheet or no, Parsons to the Mavericks is unlikely. Parsons has to want to leave, and the Mavericks have to offer him a lot of money. Then, the Rockets have to actually get (or seriously think they're getting) a big name free agent and be worried about going so far over the luxury tax.

But hey, let's not get caught up in realism. Parsons is a fantastic offensive player but leaves a little to be desired defensively. Hinrich gives the team another plus defender as they try to balance out defensive lineup of Monta/Parsons/Dirk, and the offense will be so damn good Hinrich's poor 2-point shooting won't matter.

Have you ever looked in the back of your closet and found a shirt you haven't worn in a long time. You look at it, and you're like, "Hey, this is a nice shirt. Why did I ever stop wearing it?" You pull it out of that dark section of closet, where it had been sitting next to a Hawaiian short-sleeved shirt and a graphic tee you bought at Walmart for $10 because it made you chuckle at the time, and you bring it into the spotlight. The next day, you try it on. You have some old feelings of nostalgia pop up. "Remember when I did this with that old friend in this shirt?" Everything is good for the first hour or so. And then you realize why it was banished to the fair end of the closet in the first place -- an awkward stain that never came out, a really annoying itch it causes when it rubs for too long, or something.

Analogies are probably supposed to be more subtle than that, but that's Paul Pierce and Jameer Nelson. Both will have a few more decent NBA seasons, but they probably aren't the way to go for the splash the Mavericks are wanting to make.

This one would take divine intervention. Maybe God is a Mavericks' fan?