1. MAVS OF LONG AGO: Grantland's OTHER amazing NBA writer, Jonathan Abrams, gives profile treatment to Josh Howard. It has some parts about his time at Wake Forest that I've never heard before. Go read it!

Man, he was fun back in the day.

Like Abrams said, the thing I most remember about Howard was his first quarters. He'd always start off the game with a couple jumpers and then earn a trip to the line. Even when he was firing his step-back jumper too often, he'd still cut into the lane and finish, or grab an offensive rebound and put it back.

Even here, Howard has seven points in the first four minutes.

4. RUDY GAY TO THE RESCUE?: If you didn't hear, he will be joining the Team USA squad. We'll have an article later today discussing what that means for Chandler Parsons.

5. LOOT: Who can loot better, Chandler Parsons or Tyson Chandler? 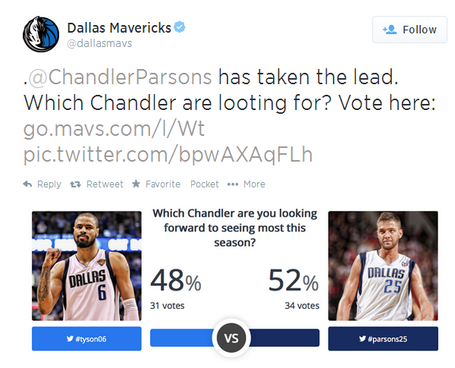