Positional Strength: Where do the Mavericks point guards fall in the West?

Where do the Maverick point guards fall among the 15 Western Conference teams?

Share All sharing options for: Positional Strength: Where do the Mavericks point guards fall in the West?

Editor's note: check back every Tuesday for the our five-part Western Conference Positional Strength series, where we look at the five positions for the Mavericks relative to the other 15 teams in the West.

He's the combination of Devin Harris and Jameer Nelson, and one of the more feared point guards in the league. At 6-foot-3, he's quick enough to attack the rim out of the pick and roll, but just as capable of sitting back and hitting a cutting teammate with expert precision. He's a volume 3-point shooter, and so when he heat checks trying for a 2-for-1 at the end of a quarter, there's actually a chance it goes in.

Unfortunately, he's also a creation of MorphThings.com, which really isn't a viable place to find NBA point guards. No, for the season, the Mavericks are stuck with Devin Harris and Jameer Nelson, two proven veterans who have clearly defined weaknesses.

Newcomer Jameer Nelson will win over a lot of Mavericks fans pretty quickly. He's a smart floor general and a pinpoint passer, attacking patiently out of the pick and roll. Take a look at a couple plays from last season:

Nelson runs a pick and roll with Andrew Nicholson, waits out the Scola hedge and then gets into the lane. Nikola Vucevic pops out, drawing all the attention of the Indiana defense and letting Nelson float a pass to a cutting Maurice Harkless. Now, replace Nicholson with Tyson Chandler, Vucevic with Dirk and Harkless with Chandler Parsons or Monta Ellis.

This is the precise passing I'm talking about. Nelson can't explode off a pick and roll and his pull-up jumper isn't as fearsome as it once was, but he's still an excellent pick-and-roll ball handler simply by using his smarts. You can easily imagine Chandler setting a down pick for Dirk or Parsons curling up instead of Big Baby Davis and Aaron Afflalo on the above gif.

But the limitations of being a 32-year-old 6-footer in this league is manifested in his defense. I don't know whether Nelson or Harris is the "better" player, but Harris is definitely a better fit with the starting lineup because of his plus perimeter defending.

We know what Harris can do. He's still able to beat his man off the dribble and is at his best in the lane, something that usually leads to a layup attempt, kick to an open shooter or an alley oop to Brandan Wright. If he can't get into the lane, he loses a lot of effectiveness, falling back on an inconsistent pull-up jumper game.

It's fun to make barbecue jokes, but Raymond Felton will be needed this season. Harris and Nelson both have a long history of injuries -- each have played more than 70 games in a season just three times each -- and Felton is the spot starter for the inevitable sprained ankle or strained MCL that causes one of those two to miss a dozen games.

And then there's Gal Mekel, who may or may not be on the team come October 28. Does it even matter? Mekel doesn't have a role on this team, and is probably in line for several long stints with the Texas Legends if he still is a Maverick at the start of the season.

1. Golden State: Picking between Steph Curry, Chris Paul and Russell Westbrook is something I'll save for someone much wiser than me (preferably with a long white beard). You'd kill for any of these three guys on your team, but Curry has the best backup in Shaun Livingston. Any backup point guard signing is going to fly under the radar in the offseason where LeBron James joins a new team, but I think people are seriously sleeping on the impact Livingston can make backing up Steph and Klay Thompson.

2. Chris Paul: Or as they're more commonly known, the LA Clippers. 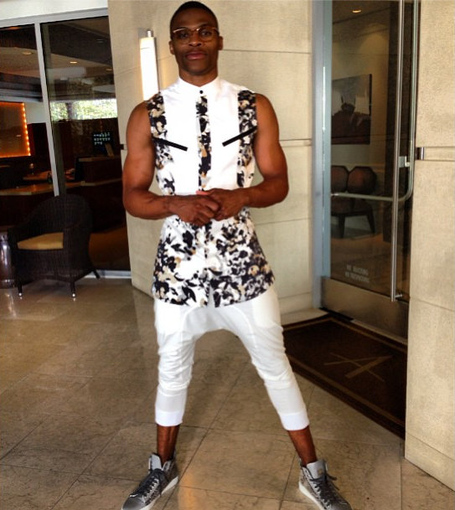 4. Phoenix: Goran Dragic, Eric Bledsoe and Isaiah Thomas is a ridiculous guard rotation. It doesn't matter who is technically playing the one or the two; they're all that good. I know some people have questioned how Thomas fits, but he gives head coach Jeff Hornacek so much flexibility from the sixth man position.

5. San Antonio: Now 32, Tony Parker isn't as quick as he was a few years ago. Sure, nobody will be writing columns about how he deserves MVP consideration this season. But goddamn, he just won an NBA title and has the perfect backup in Patty Mills. My rule of thumb: don't count the Spurs out or they'll make you look dumb.

6. Portland: Last season, Damian Lillard played three fewer minutes per game than his rookie year but still increased his scoring and efficiency (his overall field goal percentage fell slightly, but only because he was taking more 3-pointers). How much can he keep growing?

7. Memphis: Mike Conley is still great and still criminally underrated. They're unfortunately rolling with Beno Udrih as their backup until Nick Calathes' suspension is over, but Conley should be able to do some heavy lifting.

8. Denver: The Nuggets and the Grizzlies aren't too different at their point guard position. Conley's better than Ty Lawson, but they're both excellent second tier guards who have an okay backup out to start the season. Nate Robinson is recovering from an ACL injury he suffered last January, and while his rehab is going well, you can't assume he'll be healthy right away.

9. Minnesota: Ricky Rubio, with all his faults, is still just 24. His jump shot is getting a little more respectable, hitting 33 percent on 133 3-point attempts last year. Minnesota also brought in Mo Williams (and still have J.J. Barea), so Rubio is enough to push the Timberwolves above the Mavs.

I'm not the only one who would totally rock a pair of J.J. Barea sunglasses, right?

10. Dallas: This is where the Mavericks fall. Sadly, Jameer Nelson and Devin Harris cannot be combined outside of the internet and the two have too many individual flaws to rank any higher. This isn't terrible, either -- the NBA as a whole is very strong at point guard, and this is the Mavericks' weakest position.

11. Utah: I watched Chuck back in the day and Yvonne Strahovski is my favorite Australian, but Dante Exum is making a strong case as an usurper. He'll have plenty of growing pains this season (he's 19!) but watch out, world. Trey Burke is the other point guard on the roster and might be better in his sophomore season.

12. Houston: James Harden is the main ball distributor on this team -- we all know that. Patrick Beverley is a fine fit next to him, but he's nothing special, and we know basically nothing about his current backup, Isaiah Canaan.

13. New Orleans: I don't know what to do with the Pellies. They have Jrue Holiday, who sometimes seems like a nice player and sometimes just seems like an empty stats guy. There's not much behind him: Russ Smith and Jimmer Fredette. I feel like this is low but I can't justify putting them any higher. Maybe Anthony Davis can play point?

14. LA Lakers: Steve Nash and Jeremy Lin are basically the opposites of one another. But hey, they also have Jordan Clarkson on the bench, who I saw tip in a game-winning buzzer beater in Summer League! It was a Lakers-Warriors showdown and probably the best-played basketball game I saw during my entire time in Vegas.

15. Sacramento: Hey Sacramento, I know it seems like a good idea right now, but we've been there and done that with the "Darren Collison is a starter" experiment. It's not going to end well.