Important offseason reading about how to incorporate the Mavericks into your life permanently.

Manager's note: This week, we will be publishing trial posts from our MMB finalists. With almost 100 applicants, thanks to those who sent an email. This piece is by Prewitt Scott-Jackson; enjoy! 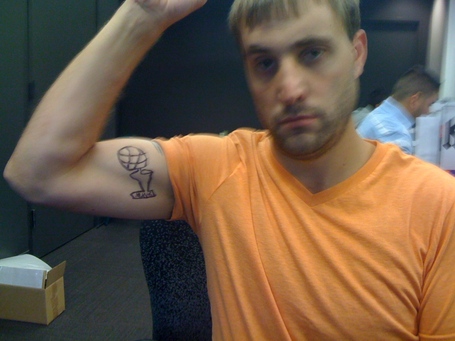 The 2013-14 season ended, the draft never began (for the Mavs anyway), and the warm afterglow of the Mavs' successful free agency period has subsided. As Mavs fans, we are now confronted with 30+ days of dark nothingness until preseason tips off against Moreybot's Houston squad.

Last February, Leah Ornstein pieced together a list of the Most Disgusting Tattoos in NBA History. A couple of ex-Mavs in Marquis Daniels and ThreeShawn Stevenson make an appearance on her list. Of course Jason Terry and Dojo became infamous for their Larry O' Trophy tats. Alas, NBA players and their tattoos makes for another story for another time.

Humans have been tattooing themselves since 10,000 BC. So despite Gramps taking time away from his Bud Ice to yell at me "Get those dang things removed already!" - tattoos are not a fad or something that 'young people do these days.' However, it wasn't until 2011 that the world saw a sharp spike in Dallas Mavericks tattoos.

I have tattoos, probably 15 or so, but I have never felt inclined to get one commemorating our "Boys in Blue." I'm not necessarily against it, just hasn't happened. If I were to get one, I think I'd do something goofy like a back piece of Shawn Bradly standing next to J.J. Barea!

Would you ever consider a Mavs tattoo? Do you have one already? Do you have tattoos but would never consider getting one to celebrate your favorite sports franchise? Maybe you dislike tattoos altogether and can't wait to flip to the next article? Take the poll or let us know in the comments.

Without further ado, I give you Mavs Fans and their Mavs Tattoos. 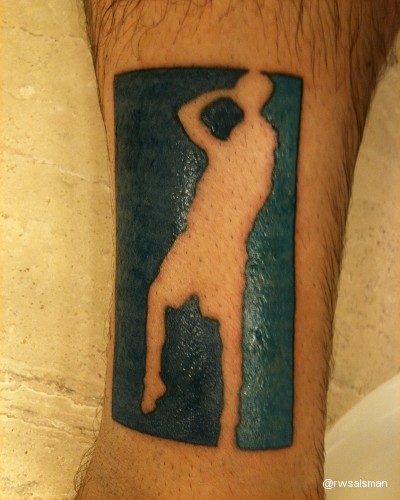 Probably my favorite tat here. I'd consider this one if I wouldn't be stealing this guy's idea. There's nothing more beautiful than the Dirk fadeaway. Dan Devine has the back story on this particular tattoo at Ball Don't Lie. 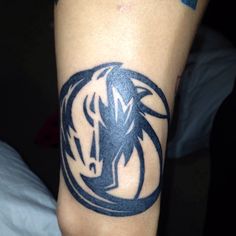 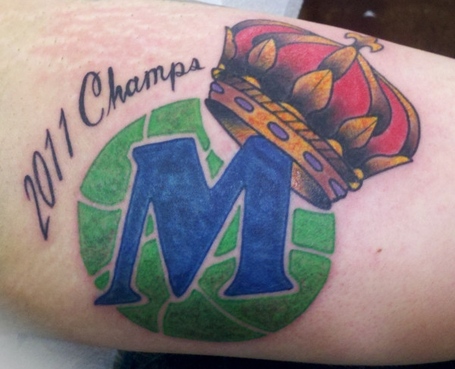 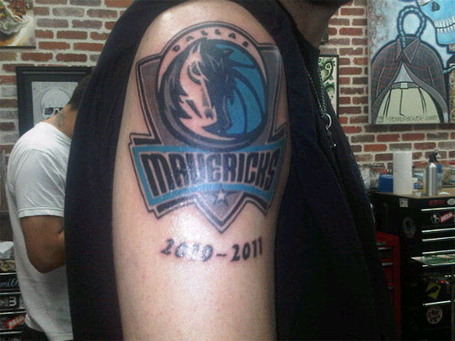 Pretty straight-forward new school Mavs logo. It does the trick. 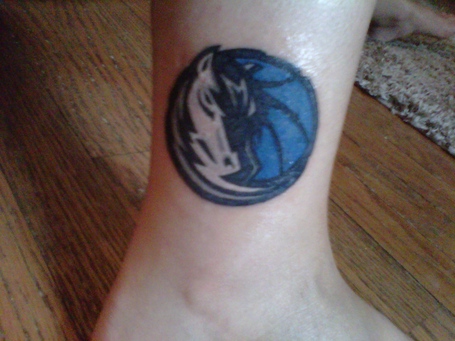 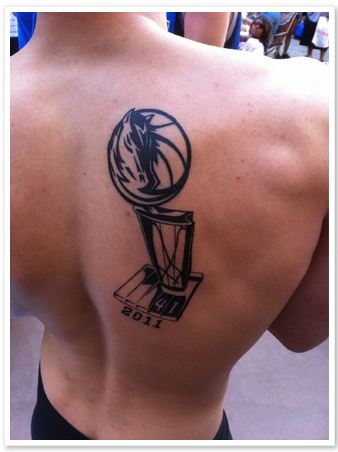 Points for merging the Mavs logo into the O'Brien trophy.

I really like the design of the tattoo itself. I mean it could be my favorite design out of all of them, that's a pretty spot-on likeness of Dirk. I'm just having a hard time getting over the placement of the tattoo: his butt. We went with a tight crop to spare you the unnecessary details. Dirk's face deserves better than that. Via his Facebook page, this guy threatened to ‘ink this' if the Mavs won it all.  As we all know, they did win it all; guess we gotta give him credit for following through. Dallas Observer has the story here (with the full butt, if you so desire to see that). 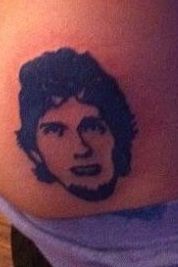 One thing we can say for sure, at least none of these Mavs fans have Thunder thighs! 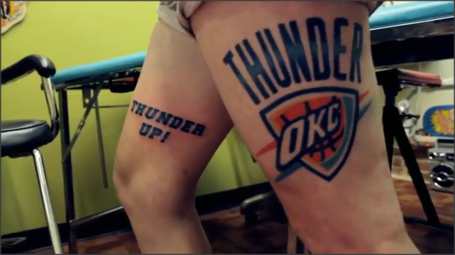 ...or the ever so frightening Yao calf! I think this leg belongs to some dude over at The Dream Shake. 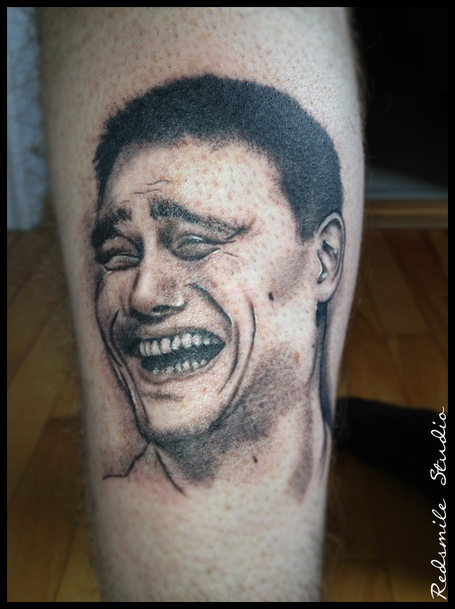